Finding your dream home can be difficult in a stable market, let alone when there is political uncertainty on the horizon and a lack of confidence affecting market sentiment.

A year of potential change

In line with previous years, the May 7th General Election has had a notable effect on the UK housing market in the early months of the year as many buyers and sellers alike have seen this period of uncertainty as a reason to hold back their plans to move home. In parts of Yorkshire such as Harrogate and York, the beginning of the year saw a significant shortage of mid to top range properties entering the market and agents reported a sluggish start to the year. Better weather has prompted a pickup in activity and there has been a noticeable surge of homes in the £400,000 – £600,000 price band being marketed.

At the top end of the market, stock shortage continues to play a role. Interestingly, the number of prime £1m+ homes being offered away from the public eye has reportedly grown and Garrington has received a greater number of opportunities of off-market properties from homeowners are in two minds over whether to enter the housing market with the current uncertainty, with some willing to move if the circumstances and price are right. As a word of caution though, some vendors are still expecting a premium for not openly advertising their property for sale and an element of due diligence on price must be carried out.

Once the new Government is elected and policies confirmed, we could well see a three month flourish in buying and selling activity which is noted as a trend seen in previous election years. Whichever party wins, their housing policies, if implemented, will certainly have significant implications for both buyers and sellers alike.

Chief amongst the policies which could make the greatest impact is ‘The Mansion Tax’.  Similar to the LibDem proposal first outlined in 2010, under a Labour government we would see a tax on properties over £2,000,000 in bands mirroring a four-tiered system applied to annual tax.  As yet, these band rates are unknown but Ed Balls estimated that those owning property in the £2-3 million band will pay an extra £250 a month. Those owning properties over £3 million however will pay substantially more. Admittedly, this will affect a limited number in our region but owners and buyers in this price-bracket will need to factor it in to their decisions as the election approaches.

At the other end of the spectrum, we have the Conservatives’ promise to further develop their Help to Buy scheme, assisting first time buyers by reducing deposits on properties up to £600,000 to 5%, a significant incentive for more first time buyers beyond the 70,000 helped so far.

New build sales have also increased as a result of the scheme. Add to this Mr Cameron’s pledge to build 100,000 new homes on brown-field sites for those under 40 and the future looks brighter for many.  Should the election go the other way, the scheme’s future is uncertain, it could be continued, adapted, or scrapped altogether.

Finally, changes are already underway to bring Capital Gains Tax liabilities for overseas owners in line withUKnationals. Currently only UK residents are subject to CGT on gains made on residential investment properties. If new plans are introduced, overseas owners ofUKproperties would become liable for CGT from April 2015. Whilst this tax will mean increased costs for overseas buyers disposing of property in the future, there has been little evidence that this is a concern for investors and equally little evidence that they are looking to sell up.

Whilst we can’t predict the election result, it is likely that the property market in Yorkshire and the surrounding area will share in the expected post-election increase in transactions. On this basis, now is the time for buyers and sellers alike to prepare moving plans for what could be a busy Spring market.

Other articles that may interest you 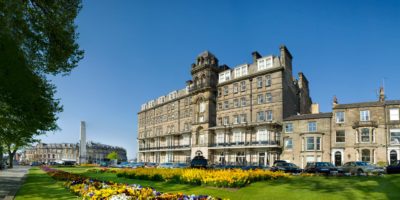 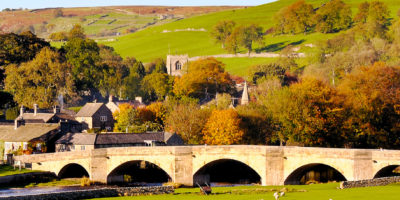 Taking the stress out of moving

The Yorkshire Property Market – A Year in Review